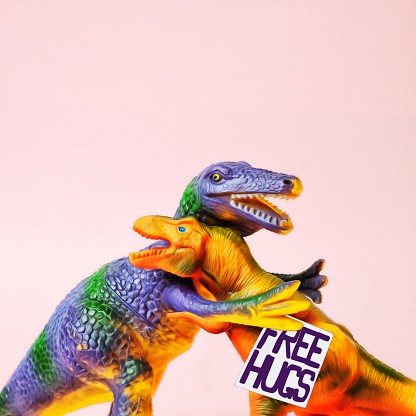 Yes is the answer to that question if you only read the headline of the recent Harvard Business Review article Being Nice in a Negotiation Can Backfire.

Negotiation is my field. I have long believed and taught that warmth and friendliness promote more creative and sustainable agreements. Being nasty may get you some short term wins, but cost you much more the long term. So that title was unsettling, to say the least. (Plus two of the coauthors are brilliant HBS colleagues—and good friends.)

It was a big relief when I dug into the piece, and saw that the authors had focused on a particular kind of negotiation: haggling online in a one-shot transaction where price is the only issue in play. Whew!

The authors acknowledge that their findings about the cost of being nice may not apply in multi-issue cases. (I’d put that more strongly myself.) And, as I’ll explain shortly, I’d extend that caveat to other kinds of situations were being nice is more likely to get you a good outcome than being nasty. First, though, let me describe a bit of their research, since the results are intriguing and may be relevant to shopping online.

In one of their studies, they shopped for a used iPhone on Craigslist by sending differently worded responses to actual sellers on that platform. Those scripts varied only in respect to the tone of the message. But the actual discount being sought was exactly the same: 20 percent. The researchers wanted to see if the conversational style of the exchange made a difference.

Half of the messages were warm and friendly, with a phrase like this tossed in: “Is there any chance you could sell it to me for 80 percent of the listed price?” The other half were firm and tough with the automated scrip saying something like, “I’m willing to pay 80 percent [of your asking price]. I’m firm on that.”

As things turned out, this difference in language did make a difference, though not necessarily in ways I expected.

For one thing, the warm and friendly messages prompted a counteroffer just as often as the firm and tough ones—31 percent of the time. Score that a draw.

But the tough buyer response triggered a flat NO 24 percent of the time, compared to barely half that—14 percent—for the Cuddly Team. Award them a point for that.

On the other hand, warm responses were ghosted (ignored) more often (54 percent of the time) than were the tough ones (45 percent). That seems kind of odd, but score a point for Team Nasty.

The tie-breaker was decided by the percentage of sellers who accepted the 20 percent discount demand. Here the toughies prevailed with 14 percent of sellers conceding in full, compared to 9 percent for the sweethearts.

It was that difference that article headline writer glommed onto. I guess that’s a win, though in a way, not all ballots were counted.

After getting the initial response from the real-world sellers, the researchers rightly chose not to string them along. But that leaves us in the dark as to what would have happened in the big group of sellers who made a counter-offers. We don’t know if or how the cooperative-competitive difference in communication styles would have impacted settlement rates or who got what slice of the pie.

It’s certainly plausible that toughness pays in cases where the interaction is arm’s length, there aren’t any relational considerations, and buyers have plenty of options. The cost asking for big concessions—and doing so firmly—may be low. If sellers A, B, and C, refuse to give a discount, then maybe seller D will buckle.

But the key take-away is remembering how different online bargaining is from most of the important negotiations you do. In multi-issue cases (which are common), research shows that warm and friendly engagement is often the better path.

In a classic study with strangers negotiating long distance, half the pairs were told to make small talk for ten minutes before negotiating. The other pairs had no special instructions. The might not seem to make much of a difference, and the short period of ice-breaking wasn’t spontaneous. Nevertheless the smaller-talkers dramatically out-performed who just dove right in. Lowering their defenses and opening up their creativity led to fewer stalemates and reaching agreements that generated more mutual value.

Then there are those situations where maintaining good relationships is crucial. If implementing the deal will require on-going commitment and collaboration, it’s hard to see how using tough language in negotiation is going to help long run. And oh yes, if you’re negotiating with your boss, colleagues, neighbors, or family members, shouldn’t you default be “nice” there, as well?

I look forward reading to your thoughts about the research and my take on it!