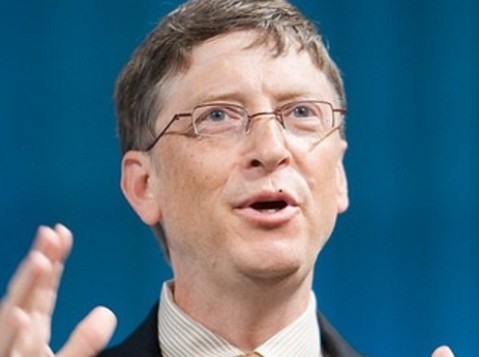 The premise of Malcolm Gladwell’s best-selling Outliers was that spectacular success isn’t driven by genius. Instead it’s the product of privilege, opportunity, and—perhaps most important in Gladwell’s eyes—subject matter mastery that comes from hard work in the form of 10,000 hours of practice.

Gladwell cited Bill Gates as Exhibit A for his proposition. When Gates was in his teens, his private school had a course in coding. Gates was fanatical about it. Later he became hugely successful. But correlation isn’t necessarily causation. And that calls into question Gladwell’s theory about practice and mastery.

Yes, computer training for high-schoolers was rare in the late 1960’s. Still hundreds of other students across the country—no, probably thousands of them—must have been equally fanatical. And some of them may have been just as smart and privileged. Yet even with those advantages, those other people never made the front page.

There’s another way to tell the Gates story. It’s about a major turning point in his career. It involves a negotiation with IBM where Gates made a bad mistake, then had a stroke of good luck out-of-the blue, both of which were followed by an even bigger mistake made Big Blue.

If any of those factors had gone differently, it’s possible we never would have heard of Gates. If that’s too bold a statement, it’s still fair to say that Gates’ ascendance would have been much slower and likely less impressive, were it not for those three critical moments in his IBM negotiation when he was in his mid-20’s.

In 1980, Gates and a few fellow programmers had a small company in Seattle. IBM approached them about developing an operating system for personal computers that it was about to launch. Gates had never built an OS, however, so he referred them to Gary Kildall, a much better known programmer at Digital Research.

Luckily for Gates, though, Kildall’s talks with IBM went badly. His firm hesitated about signing a non-disclosure agreement. They later relented, but then wouldn’t budge in their demand for royalties instead of the $250,000 lump sum that IBM offered. Only because of that deadlock did IBM came back to Gates.

Then there was a second twist. Both IBM and Gates knew of another operating system that had been developed by Seattle Computer Products. With IBM’s secret backing, Gates cheaply acquired the software — then called Q-DOS, an acronym for quick-and-dirty-operating system.

Again luck came into play: SCP didn’t discover who was really funding the deal; otherwise the price could have been far higher. Microsoft then tweaked the program and rechristened it DOS: Disc Operating System. You’ve probably heard of it.

Luck entered Gates’ story a third time when he negotiated the contract terms with IBM. On the surface IBM got a great deal, par for the course when a corporate behemoth is dealing with a start-up. It agreed to pay Gates’ firm a modest royalty on each copy of the software that would be sold with its new machines.

But the critical point was that IBM’s rights were non-exclusive: Gates and his friends kept ownership of the DOS program.

Kudos to Gates and his pals, of course, for seeing that the real money would be in software, not hardware. But let’s also acknowledge that they were lucky those on the other side of the table were blind to that fact. Had IBM insisted on exclusive rights, it might have forced Gates to concede — or IBM might have sought out another developer.

Who knows what would have happened to Gates and Microsoft if they hadn’t been able to keep DOS, which became the cornerstone of their business? He and his partners still might have been successful, but the odds are not nearly as colossally so.

There are negotiation lessons here. Power has multiple dimensions, and it’s not always distributed as it might seem at first glance. Gates needed a patron to lift up his company. But IBM, though far bigger, was under pressure, as well. More specifically, the executives charged with getting an operating system likely were getting heat from higher-ups. For them, just closing the deal—any deal—became more important than the terms as the days ticked by.

Gladwell’s 10,000 hours mastery rule does play a role in this story. The fact that he and his colleagues were skilled programmers got them noticed by IBM. That was a necessary factor, to be sure. Necessary but not sufficient. He had to be lucky, too.

Gates was 25 years old at that time. He had some business experience, of course, on top of his technical work. But he surely didn’t have Gladwell’s 10,000 hours of negotiation training and practice. In spite of that deficiency, I’d say that he did all right.

Philosophers, political theorists, and strategists have long acknowledged the large role that luck plays in every aspect of our lives. Even Nicolo Machiavelli, who cataloged each and every lever a prince can pull to exert power, acknowledged that “I believe that it is probably true that fortune is the arbiter of half the things we do, leaving the other half to be controlled by ourselves.”

What was true in Italian politics centuries ago is just as true in negotiation today.