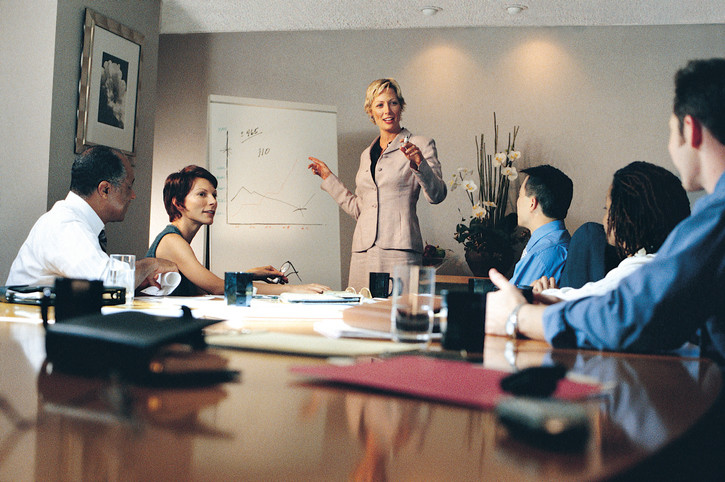 Say it’s time you’ve got to pump people up.

Maybe you head a sales team that hasn’t met its quarterly quota. Or it could be Saturday morning and you’re about to send volunteers out to fund-raise for a worthy charity. Or perhaps it’s just you reflected in the mirror just before you meet with your boss about a possible promotion.

Here are three different perspectives on how to do it well.

Psyched Up author Dan McGinn reports that some of the most extensive research on motivation language comes from Jacqueline and Milton Mayfield of Texas A & M International University. The Mayfields have found that powerful messages include these components.

First, they reduce uncertainty by stating precisely what needs doing and how to do it.

Others who have studied inspirational speeches instead highlight other factors. Marshall Ganz at Harvard’s Kennedy School of Government, speaks of weaving together “three stories.”

The first is the story of oneself: what got you to this moment; and what you experienced along the way. Personal revelation demonstrates your dedication and commitment. You can’t expect to inspire others if you don’t convey how deeply you’re invested in yourself.

Ganz’s story of us then builds on that. It explains why and how you are in it together, supporting one another to achieve a common goal. This an ancient idea, reflected in history and literature for centuries. Just think of Henry the Fifth’s speech on the eve of the Battle of Agincourt: “We few. We happy few. We band of brothers.”

Ganz’s story of now is the closer. It’s the call to action. Talk and deliberation are in the past. It’s time to step up and achieve success.

People are moved by personal examples, not abstractions. For a riveting illustration, look for Jeff Daniels’ portrayal of Civil War Colonel Joshua Chamberlain in the movie Gettysburg. (It’s based on a real-life incident in which Chamberlain—a professor rhetoric from Bowdoin College—persuaded 114 deserters from another regiment—to join his unit.)

A modern-day variant in the military is called commander’s intent. It is different from what we usually think of as pep talks in that it invites dialogue. Karl Weick, a renowned organizational theorist at the University of Michigan makes a strong case that this approach applies in leadership of any sort.

Here the leader succinctly covers four themes. But then he or she prepares to listen.

The first two items, outlining the situation and specifying the task, puts everyone on the same page. The third and fourth steps—stating the underlying reasons and emphasizing watchfulness—enables people to improvise when they encounter unexpected obstacles or opportunities. That’s especially important in uncertain and rapidly changing environments.

The Mayfields, Ganz, and Weick focus on three different ways to spur other people to perform at their very best. Each approach is valid on its own. Knit them together and you’ll be all the more compelling.  Doing all of that well, however, requires passion conviction, and credibility on your part.

But what about when you need to pump yourself up?

The same precepts apply. If you’re about to meet with your boss about a promotion be mindful of the story that you tell yourself about having earned the right to advance. Be mindful, too, of how it connects to your boss’s own story. Finally remember to tell yourself the story of why the time is now!